THE STORY OF BRAND TATRAVAGONKA HAS BEGAN 100 YEARS AGO

NUMBER 1 IN EUROPE IN THE FIELD OF FREIGHT WAGON TRANSPORTATION

UNIQUE SOLUTION „TAILOR-MADE“ FOLLOWING THE REQUIREMENTS OF THE CUSTOMER

Tell us what you are carrying and we will give solution

A prove of development complexity and professionalism of our product capacities is more than 100 different design types of wagons.

Our R&D Department managed to design almost 10 different versions of this product. Tatravagónka has separate production halls, in which more than 6 thousand bogies are manufactured every year.

TATRAVAGÓNKA, a.s deals also with production of welded constructions for passenger coaches. In conditions of our production, we are able to manufacture subassemblies made of steel and steel-carbon alloys according to existing production documentation, including machining of a product up to 11,000 mm length.

Go to other production 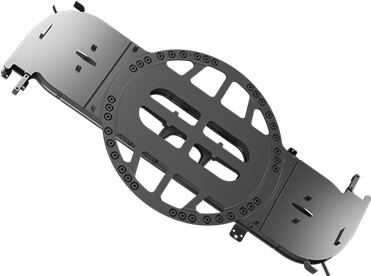 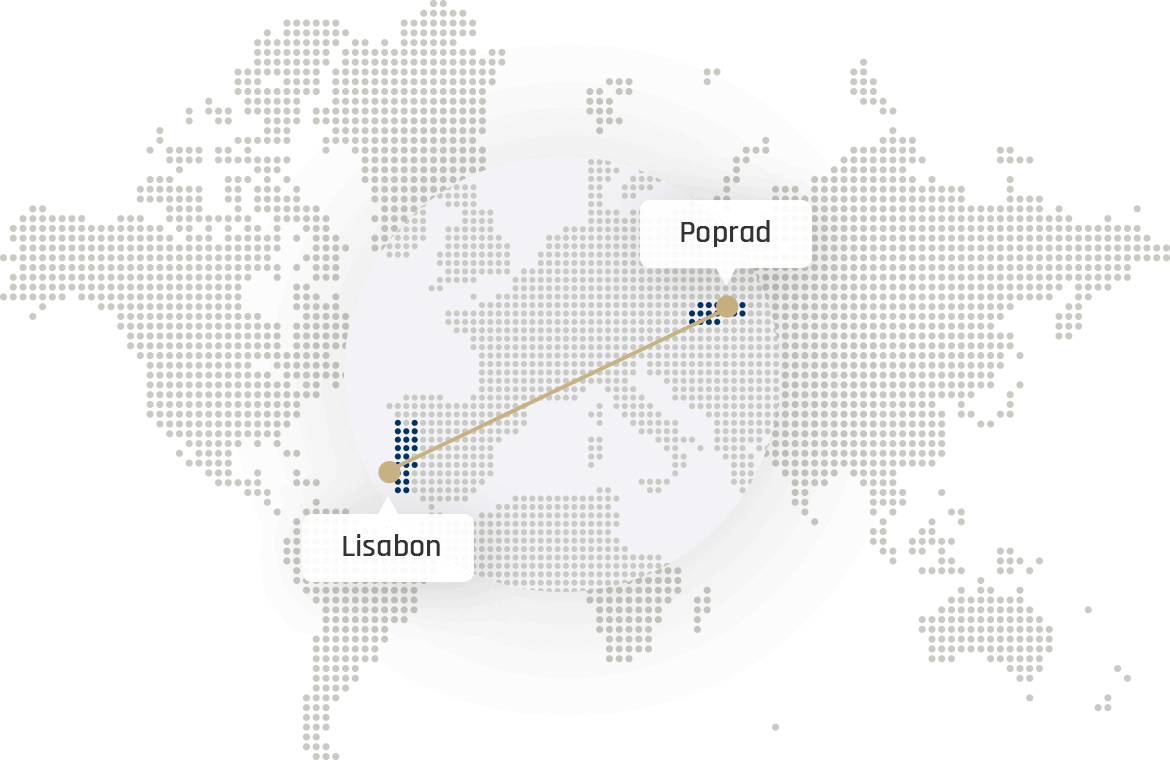 We connect world through our quality for 100 years

Today, TATRAVAGÓNKA a.s. belong among the most significant manufacturers of freight railway wagons and bogies in Europe.

Strength of TATRAVAGÓNKA trademark is supported by 100-year history of determined and tireless work. Spoločnosť TATRAVAGÓNKA manufactured more than 130.000 freight wagons (approximately 1.800 km) in almost 100 different design executions and approximately 400.000 bogies. Our production could join cities of Poprad and Lisbon with an uninterrupted train set.

More about the company 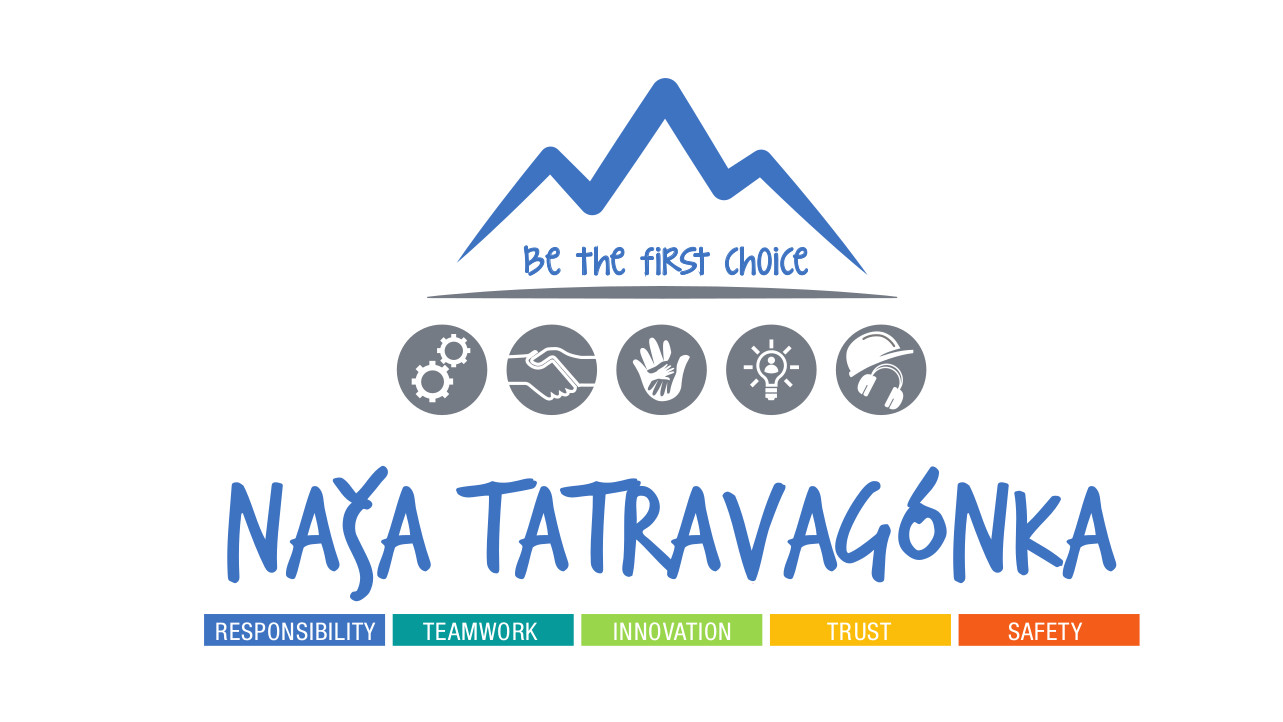 Together with us, create values of TATRAVAGÓNKA company, which is the European leader in its field for a long time.

Joint the team of one of the largest and most significant employers of Tatry region.
We permanently hire people for various job positions; we actively cooperate with high schools and universities. Annually, we train plenty of our own internal employees in the company Welding school.

In 1904, the ambitious Daniel Haláth founded the fitter’s workshop “Haláth a spol.” in the centre of Poprad, laying the foundations for the manufacture of railway rolling stock in Poprad. Because of the quality of production, the company continually progressed until a key moment for the company’s development, gaining a contract from Czechoslovak Railways to repair freight wagons in 1922. The company was now on an irreversible path, and in 1928 it changed its name to “Popradská vozovka a strojáreň, Haláth a Ing. Petrovský”. With a vision for further development, it bought 75 thousand m² with a brick hall from the Poprad starch works.

The 1930s slowed the world down, and the economic crisis also affected Haláth, which had to stop production in 1933. The machines in the company went quiet and the military authorities used the premises as a warehouse. His innate tenacity did not allow Haláth to abandon the idea of moving forward with the repair and manufacture of railway rolling stock. Soon, in 1936, the company “Popradská vozovka, strojáreň a pilnikáreň” was created. At the time, it was a micro-enterprise with 25 employees, producing 15 wagons per year.

A poor decade for photography, but rich in events. Haláth’s company, again in liquidation, was rebuilt by a group of new investors who founded “Slovenská vozovka a strojáreň, spol. s. r. o.”. In 1943, the Ministry of National Defence registered the business as “important for the defence of the state,” leading to its rescue from a bank that wanted to stop production and sell off the valuable land in the city centre. The company was struggling with a lack of material and equipment, and the employees were forced to dig trenches for Germans as the fighting approached. Despite the impossible circumstances, prosperity came under the leadership of a competent director, Ján Kmeť, who, with seven other colleagues, eventually joined the national resistance with a weapon in his hand. The interim administrator Martin Cibák – under death threats – sabotaged the order of the retreating occupiers to destroy the company, its machinery, materials, and documentation.

Despite the occupation of the company by the Red Army in February 1945, production was partially restored. For several months, the works in the city centre mainly produced car parts, horse-drawn wagons, and horseshoes for the Russians, but it gradually wound down. However, the tradition of producing freight wagons in Poprad was taken over by Roháčkov’s metal industry plant (founded in 1942), whose headquarters were on today’s Tatravagónka site and the founder was the former technical director of Haláth’s company, Jaroslav Roháček. Haláth worked with him for a short time, but health problems forced him to leave the railway industry in Poprad and move near the Dudince medical spa. However, Roháček did not enjoy his success for long. Nationalization in 1948 created VAGÓNKA TATRA POPRAD and the company was incorporated into the VAGÓNKA TATRA Smíchov group, later part of VAGÓNKA TATRA Studénka.

This decade saw the first significant wave of investment – the company was also making significant progress with the help of a newly built hall and infrastructure development. It became the dominant manufacturer of bogies for all the freight wagons in Czechoslovakia. The need to develop railway wagons and bogies was increasingly coming to the fore. In 1952, the company manufactured according to delivered documentation, but slowly the idea of establishing its own development department began to emerge.  In 1954 the company was  producing 4-axle and 6-axle wagons.

At the beginning of the 1960s, the second phase of building the company continued, primarily aimed at improving the working conditions of employees. The company had a profound influence on social events in Poprad. It built the Vagónka Works Club, kindergarten and school, and the Vagonár magazine publicized what was happening in the company. The portfolio of products, which included special purpose wagons, was also expanding.

Now crossing the threshold of 4,000 rail wagons per year, Vagónka Tatra was definitively ranked first among producers in its sector, and at the same time, it was one of the most prosperous firms in the country. This form of expansion required a constant increase in production capacity, mainly through opening new facilities. Production halls in Trebišov and Spišská Stará Ves opened their gates. New items in the production program included oil pumping stations for the USSR. The company celebrated the 50th anniversary of its establishment by founding the Vagonár folklore ensemble.

The construction project of the decade – the bogie works – brought the first automation to the production process, which fundamentally changed the conception of the production process and increased the requirements for qualified employees. Thus, the 1980s brought greater involvement of the company’s management in terms of caring for employees. Regular retraining, educational programmes, and more active education for up to 750 apprentices had an effect. The construction of important buildings for social and group activities of employees and citizens of Poprad also continued. Nearly 5,000 employees were helping to build a better future by achieving 120% of the central planning production target.

The better future was briefly postponed after the revolution. The company’s results fell, and with them, the dreams of a large-scale production company. Active foreign trade and a rapid change from quantity to quality of production were crucial for the company’s survival. In 1994, Tatravagónka a.s. was formed, and it obtained an ISO 9001 quality management system certificate. The company established itself on the European market but faced a difficult test due to unfavourable social and political developments in Slovakia. The business, slimmed down by privatization, stood on the edge of the abyss.

The new millennium also brought contracts for passenger carriage parts with higher quality demands and historical first development for Germany’s DB railways. However, the vision of new successes could not save the business or convince the banks against consolidation. The banks declared all loans immediately repayable in 2005. A new investor, Optifin Invest s.r.o., came in and quickly launched restructuring and modernization of the company in order to achieve its full potential.

Ambitious management plans have set a dizzying pace of change across the business. The thoroughness of the development of its wagons and bogies, professionalism of our production staff, quality of products and stability of the company’s working team have brought long-term trust from our partners. The company has returned to its pre-revolution production level of wagons and bogies. It has gained a dominant position in the EU market, initiating its
“acquisition” phase in Slovakia and abroad. Budamar Logistics joined the company in 2018 and bought 50% of the shares. The business continues to grow, and it aims TO BE THE FIRST CHOICE for its partners and employees.

ONE HUNDREDTH ANNIVERSARY of wagon and bogie production in Poprad
is celebrated by the company, which is a “flag ship” of the group and which
is established in 5 Europe countries. In Slovakia, Tatravagónka has long
belonged to the top companies, and as the largest employer in Prešov
region, it employs more than 3,000 employees in Poprad and in Trebišov.
90 % of the production is a result of its own Design department, which
is a trendsetter in the field of wagon and bogie development in Europe.
Complexity of wagon production capacities in Slovakia is complemented
by plantsTATRAVAGÓNKA TLMAČE spol. s r. o. and ZASTROVA a. s., SPIŠSKÁ
STARÁ VES. Stability of the production process is supported also by
production of components for the railway industry within own group of
machinery companies. The long‑term development strategy of the company
Tatravagónka abroad resulted in opening of production and repair facilities
in Germany – WB NIESKY, Serbia – TATRAVAGÓNKA BRATSTVO, Croatia – TZV
GREDELJ and in Poland – ZNTK PATEREK.
The company grows even further, and it wants TO BE THE FIRST CHOICE for its
partners and employees also in the next century.

After a four‑year pause, the gates of the largest international trade fair for railway, transport and track technology......

TATRAVAGÓNKA (is already) IN MOTION We have started a new season Our season could not start better as......

In cooperation with companies within the Group, TATRAVAGÓNKA is able to offer wide portfolio of freight wagons, bogies, components, forgings and castings. During the whole life-time of wagons and bogies, it can provide full scope of repairs, revisions, reconstructions and service works.

Manage your cookie acceptance
We use technologies such as cookies to store and / or access device information to provide the best experience. Consent to these technologies will allow us to process data such as browsing behavior or unique IDs on this site. Disagreement or withdrawal of consent may adversely affect certain features and functions.
Manage options Manage third parties Manage vendors Read more about these purposes
Show preferences
{title} {title} {title}